Born in San Sebastian, Eskerne Falcon has always been in love with her city.

While living in Binghamton, New York, USA she came across different cultures and food from all over the world and discover gastronomy.

In 1999, after returning from USA she started working for a small family hotel and reconnected with visitors and tourists from all over the world.

2008 saw Eskerne playing a key role in the city’s bid to be awarded the honor of San Sebastian becoming the European Capital of Culture for 2016. The bid ultimately proved successful and the city won this honor with it’s Project and the help and impulse of it’s citizens.

In 2017 she finished her studies in the first promotion of the Master in Gastronomic Tourism, given by the prestigious University of Gastronomy of the Basque Country, the Basque Culinary Center. She got her degree with her Project: San Sebastian tourist promotion in Australia.

Since she created Discover San Sebastian, she is #10 Top Food Experience in the World by Tripadvisor, an Honorary member of the “Les Clefs D’Or”, # 1 on Tripadvisor in seven different categories, Tour Company of the Year 2018 by Travel and Hospitality Award and got the recognition of “Luxury Travel Guide Awards 2019” as Culinary Tour Operator of the Year – San Sebastian – Spain.

Her unrivalled experience in the world of gastronomy and her worldwide culinary expertise makes her the perfect guide to show visitors the unique Basque city of San Sebastian, a city loved by its inhabitants and a location without comparison for food lovers from all over the world.

We are about people! Taking care of you is our first priority. We celebrate and enjoy meeting new people in our tours every day. We make sure we inject fun and joy into your life while you are with us. 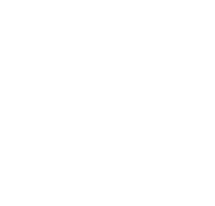 Thank you very much @arturogonzalezchef for all th

My first food tour experience in America (other th

Our most recomended tour